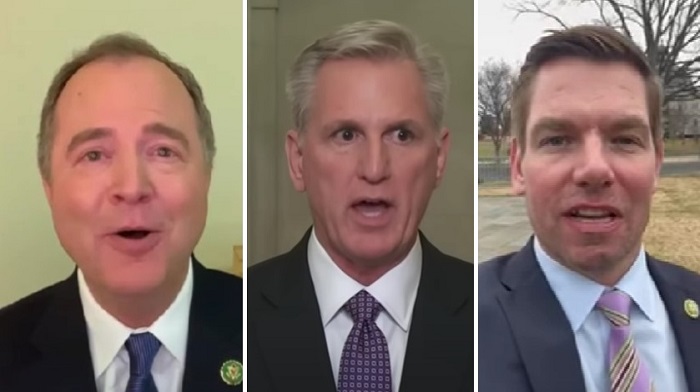 McCarthy made his intention clear that he would be removing the pair due to Swalwell’s ties to a Chinese spy and Schiff’s penchant for leaking false information to the media.

House Minority Leader Hakeem Jeffries urged McCarthy to rethink the matter in a letter over the weekend.

On Tuesday, McCarthy had replied with his own letter, rejecting Jeffries’ plea.

While he appreciates the leading House Democrat’s “loyalty” to his colleagues, McCarthy insisted he could not put “partisan loyalty over national security.”

“In order to maintain a standard worthy of this committee’s responsibilities, I am hereby rejecting the appointments of Representative Adam Schiff and Representative Eric Swalwell to serve on the Intelligence Committee,” the new Speaker declared.

I have rejected the appointments of Adam Schiff and Eric Swalwell for the House Intelligence Committee.

I am committed to returning the @HouseIntel Committee to one of genuine honesty and credibility that regains the trust of the American people. pic.twitter.com/ePxlbanxta

RELATED: Swalwell Lashes Out After Learning McCarthy Will Remove Him, Ilhan Omar, and Adam Schiff from Committees

Adam Schiff (D-CA) and Eric Swalwell (D-CA) didn’t take the news that they were removed from their House Intelligence Committee Assignments well, practically parroting each other in their responses.

“This is petty, political payback for investigating Donald Trump,” Schiff said without evidence. “If he thinks this will stop me, he will soon find out just how wrong he is.”

“I will always defend our democracy,” Schiff, who spent the entire previous administration trying to take down a duly-elected President through false claims of collusion with Russia, exclaimed.

Kevin McCarthy just kicked me and @RepSwalwell off the Intelligence Committee.

This is petty, political payback for investigating Donald Trump.

If he thinks this will stop me, he will soon find out just how wrong he is.

I will always defend our democracy.

Swalwell’s flailing response wasn’t much prettier. The Democrat lawmaker reached to his usual go-to in the Washington Post to try and claim McCarthy’s actions are unjustified.

“This rejection is based on a claim that the Washington Post independent-fact checker gave 4 Pinocchios,” he said. “Speaker Boehner and Ryan, both Gang of 8 members, appointed me to Intel with access to the same facts McCarthy is distorting.”

“He can keep me off Intel, but I’m not going away,” he warned, despite the fact that he is most definitely going away from the Intel committee.

This rejection is based on a claim that the Washington Post independent-fact checker gave 4 Pinocchios. Speaker Boehner and Ryan, both Gang of 8 members, appointed me to Intel with access to the same facts McCarthy is distorting. He can keep me off Intel, but I’m not going away. https://t.co/YQZOVCSJpO

Swalwell was referencing a Washington Post article in which “independent” “fact-checker” Glenn Kessler claimed the allegations that he had a relationship with a Chinese spy was a “figment of imagination.”

“There is no evidence he did anything wrong,” Kessler insists, essentially using the notion that ‘Well, Swalwell denied any wrongdoing’ as the premise for his argument.

To the contrary, a bombshell report in 2020 indicated that a woman by the name of Christine Fang (aka Fang Fang) “took part in fundraising activity for Rep. Swalwell’s 2014 re-election campaign” and interacted with the Congressman “at multiple events over the course of several years.”

Fang had allegedly served as a Chinese Intelligence operative with China’s Ministry of State Security. She managed to get an intern placed in Swalwell’s Washington office.

There has been speculation that the relationship was sexual, something Swalwell has not specifically denied.

Speaker McCarthy has insinuated there is something more nefarious below the surface.

“If you got the briefing I got from the FBI, you wouldn’t have Eric Swalwell on any committee,” he would later say.

If you got the briefing I got from the FBI, you wouldn’t have Eric Swalwell on 𝘢𝘯𝘺 committee. pic.twitter.com/2H19pezF9M

After kicking Swalwell and Schiff off their committee assignments, Kevin McCarthy reinstated MAGA Representatives Marjorie Taylor Greene (R-GA) and Paul Gosar (R-AZ) after Democrats stripped them of their roles for specious reasons.

While Democrats were removing Greene for posts made on social media before coming to Congress and Gosar for posting an anime video, McCarthy insists the removal of Schiff and Swalwell is legitimate and not about payback.

“This is not anything political. This is not similar to what the Democrats did,” he said. 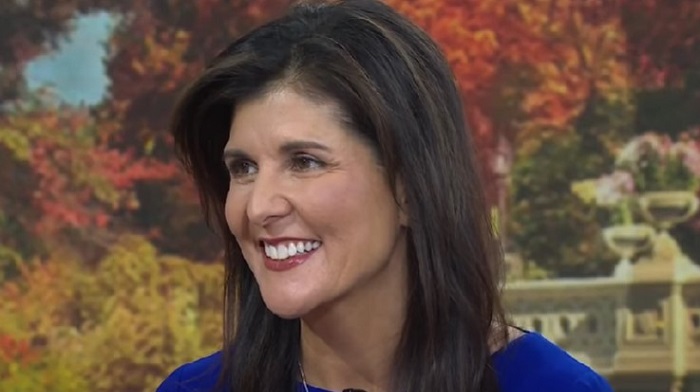 Nikki Haley, former Ambassador to the United Nations under President Donald Trump, is contemplating a 2024 presidential run. Haley’s comments, made during an interview with Fox News host Bret Baier, indicate she has changed her mind about taking on Trump for the Republican nomination. The landscape, it seems, has changed, and the former governor of…

President Biden and House Speaker Kevin McCarthy (R-CA) plan to meet to discuss raising the debt ceiling after the U.S. Treasury reached its borrowing limit on Thursday, Axios reports. The White House noted that Biden “looks forward” to their meeting but said the debt limit “is not a negotiation… Congress has always done it, and… 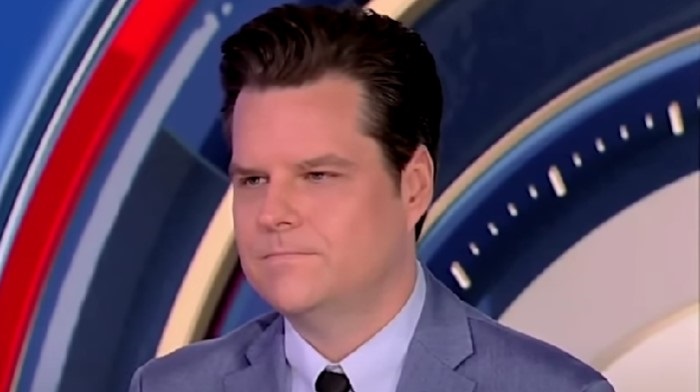 Representative Matt Gaetz suggests Republicans will release an estimated 14,000 hours of tape from the January 6 riot that have remained “hidden.” Gaetz’ comments came during a conversation with conservative commentator Charlie Kirk on his radio broadcast. Kirk mentioned the new Church Committee being formed with Representative Thomas Massie playing an integral role. The original… 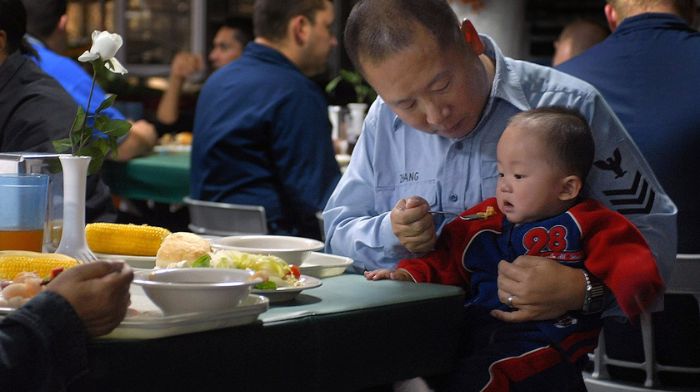 Our proxy war in Ukraine with Russia, rising tensions with China, and Congress’ attachment to the military-industrial complex allowed the birth of the biggest, ugliest defense budget seen in generations. This year Congress overwhelmingly passed a record-setting $858 billion defense budget and did so in and almost celebratory manner. You’d think within that monstrosity of… 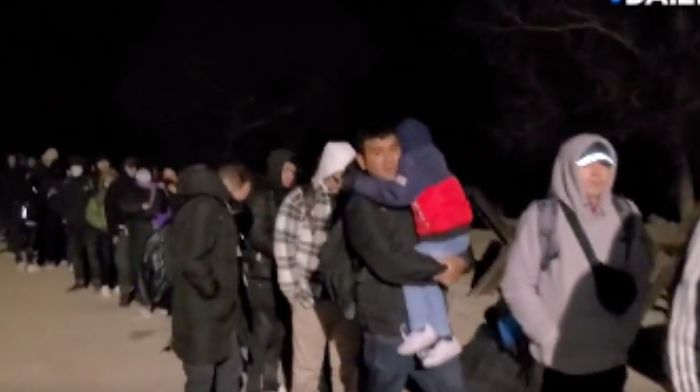 By Dr. Derek Ellerman Let’s just get a few things out of the way: There is an ongoing invasion at our southern border. December saw yet again historic numbers – with well over 300,000 illegal border crossings.  There are 400,000 National Guardsmen between the Air National Guard and the Army National Guard. The nominal purpose… 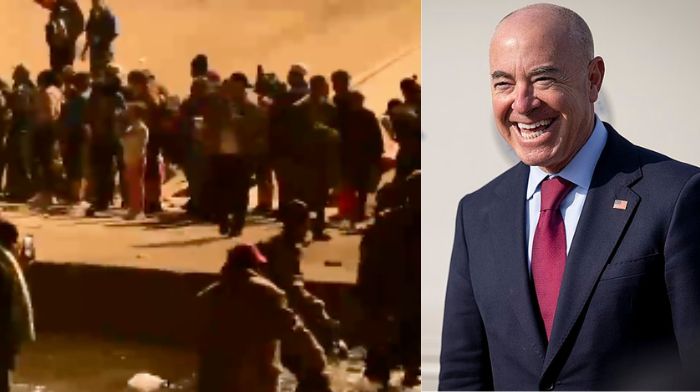 By Bethany Blankley (The Center Square) Ahead of President Biden’s first trip to the southern border on Sunday in El Paso, Texas, Department of Homeland Security Secretary Alejandro Mayorkas again said the U.S. southern border is closed. His comments came despite thousands of illegal border crossers pouring into the city, filling the airport, sidewalks, homeless…