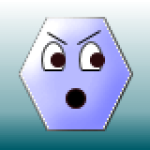 Hello, my name is Acoreous ! I’m a doctoral candidate for psychology with emphasis in industrial organization. I have a passion for helping others cope with mental health and day-to-day struggles.